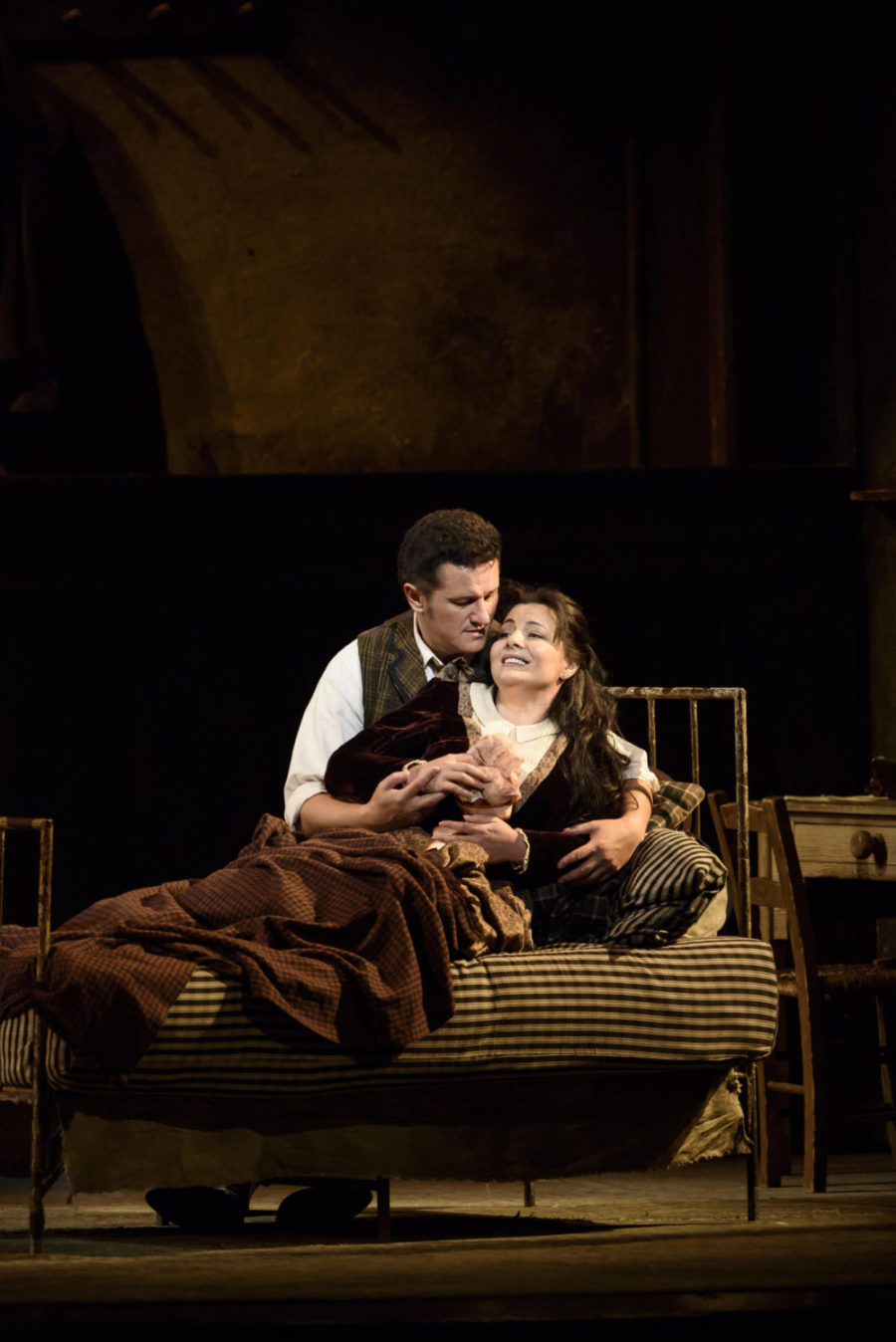 Two of the biggest draw cards for this remounting of La Bohème are Armenian soprano Lianna Haroutounian and tenor Gianluca Terranova. Haroutounian has attracted rave reviews for her recent performances at major houses such as the Metropolitan Opera and the Royal Opera and it was soon plain to see why. When she soared to her first high note in the opening act, the Wow! factor was enough to make the most reluctant opera goers sit up and pay attention, convinced that they had got their money’s worth. Smooth, generous and glowing at the top of the range, clear and attractive in the middle and with enough weight to give the dark passion of “grande come il mare… profunda” its oceanic depth in Mimì’s final aria, her spectacular voice alone merits full houses. The enthusiastic applause and bravos at the end of her first aria came as no surprise.